How to setup Wiegand together with the Access Unit

Skip to end of metadata
Comment: text, not pics

Go to start of metadata 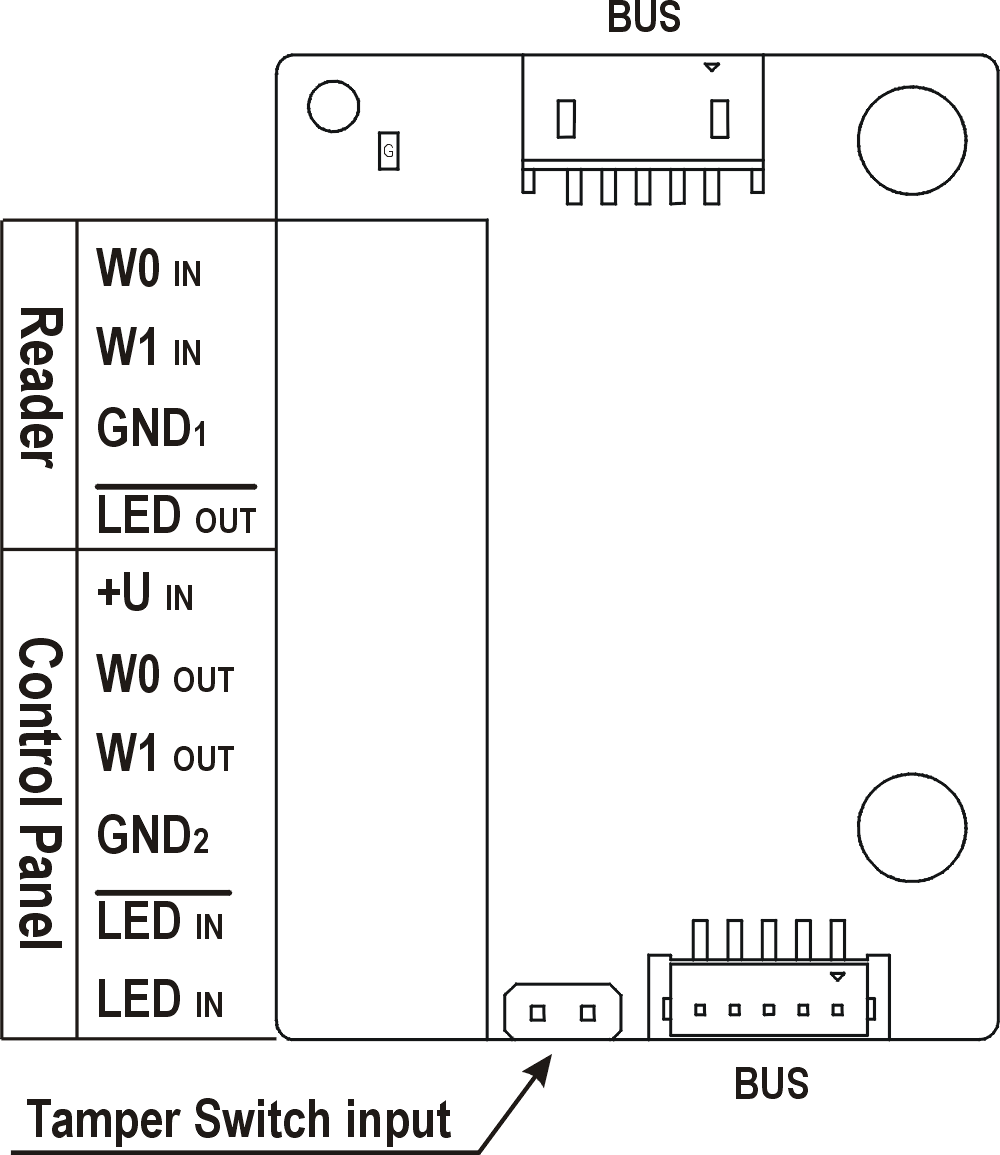 There are basically two scenarios in which Wiegand module can be used:

Based on the scenario it is necessary to choose the right direction of the information flow. This can be done in the section Hardware -> Extenders -> Direction. 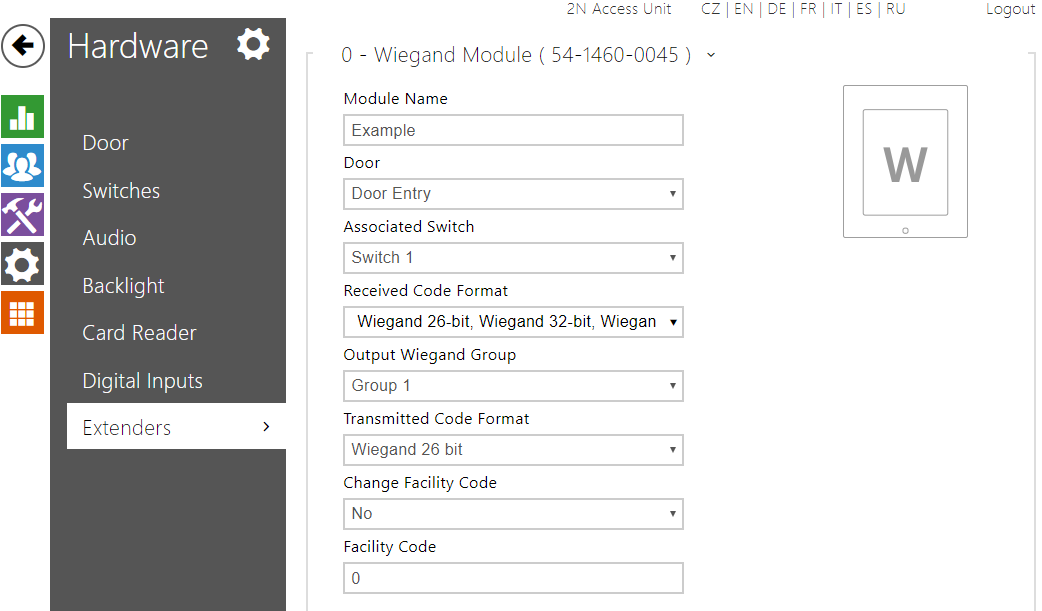 Description of the parameters

In this scenario you are able to send the card ID from the 2N Access Unit towards the 3rd party access control system. The 3rd party system is controlling the access. Control panel interfaces are used for the connection in this scenario.

IMPORTANT
Once you are using Control panel Wiegand module interfaces, be aware that this side of the module has to be powered by the external power supply.

If your reader is not powered by default, you can use external supply (12 V / 2 A DC) terminal of the 2N Access Unit. The wiring is shown in the figure 4 bellow. 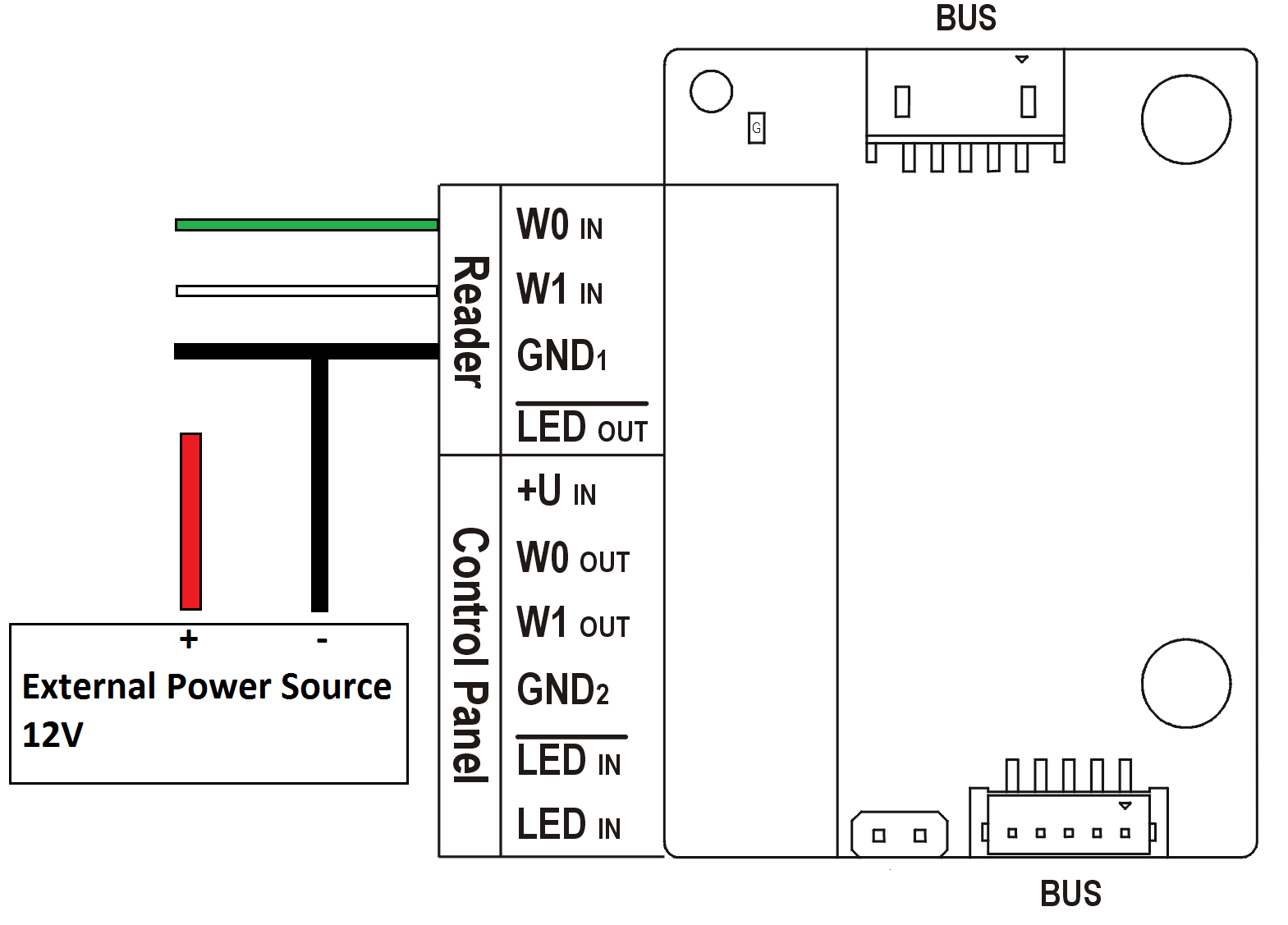 Wiegand module doesn't fit into the  2N Access Unit cover. There are many possibilities how you can place your Wiegand module:

This procedure can be applied to: