The 2N® Helios IP Device can be integrated into an Aastra 400. SIP Protocol based device. It operates as an SIP subscriber and can stream its video to the BluStar video terminals. Due to the fully integration of the door intercom in the telecom system, no additional equipment is needed.

1. As a very first step configure new client in Aastra IP PBX. Follow the steps from chart on (Pic. 1) and example of configuration on (Pic 2.), (Pic. 3). 2. Then configure 2N® Helios IP intercom. Check the steps from chart on (Pic. 4) and example of configuration on (Pic 5). 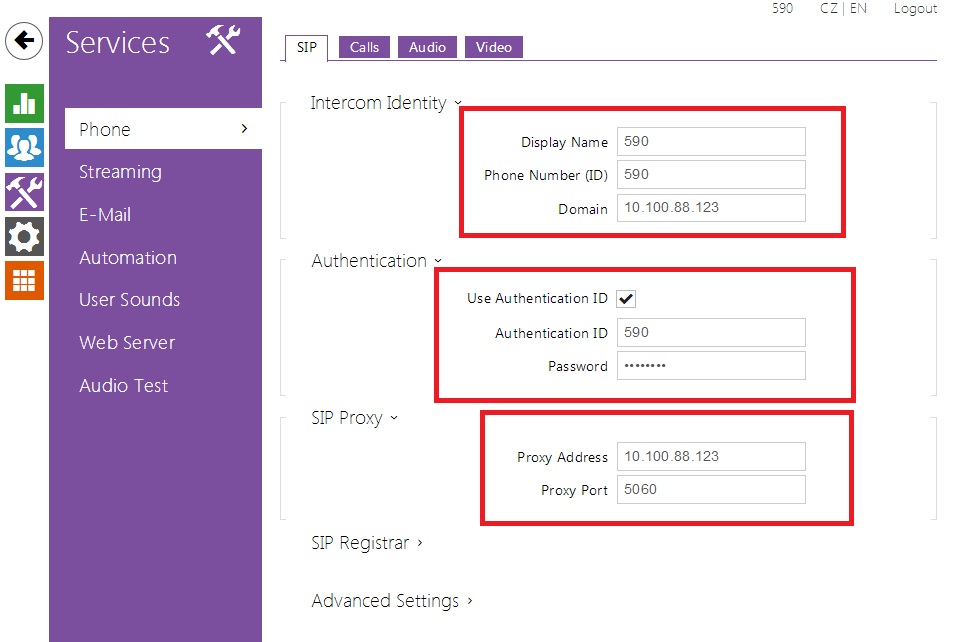 3. We have tested audio call, video call and sending/receiving of DTMF tones. Check tested products in the chart (Pic. 6). In the picture (Pic. 7) see tested scenario, all tested functions were compatible!