In firmware 1.20 the way call routing was configured has been changed. In this FAQ you are going to find out what is different from previous firmware versions.

On 2N® BRI Lite and BRI Enterprise following changes have been done:

New LCR table allows you to have a complete control over where an incoming call (from VoIP, GSM or BRI interface) should be routed to. On pictures bellow you can see examples of differences between the new LCR table and the old one.

Records in LCR table are read from top to bottow. When a record that matches all conditions is found than the call is going to be sent to outgoing destination specified in that record. Therefore it is important to pay attention to the order in which you have your LCR table records organized! 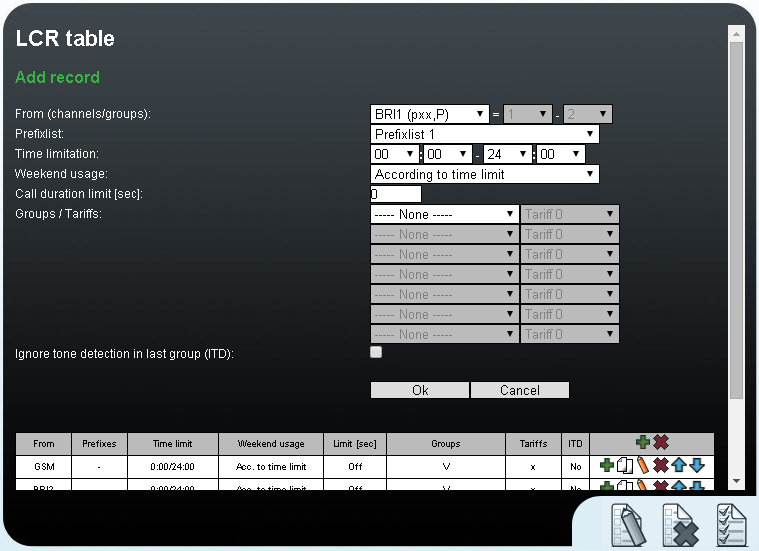 From (channels/groups) - this parameter specifies where outgoing call originates. In case of BRI gateway it can be:

Groups/Tarrifs - this parameter specifies if outgoing call should go through a specifis GSM outgoing group, VoIP or BRI interface (NT/TE)

This way you have a better control over how ougoing and incoming calls are handled and routed. Plus it is possible to route incoming calls from GSM back to GSM which was not possible in older firmware version.