Table with an overview of the mentioned licenses and their parameters: 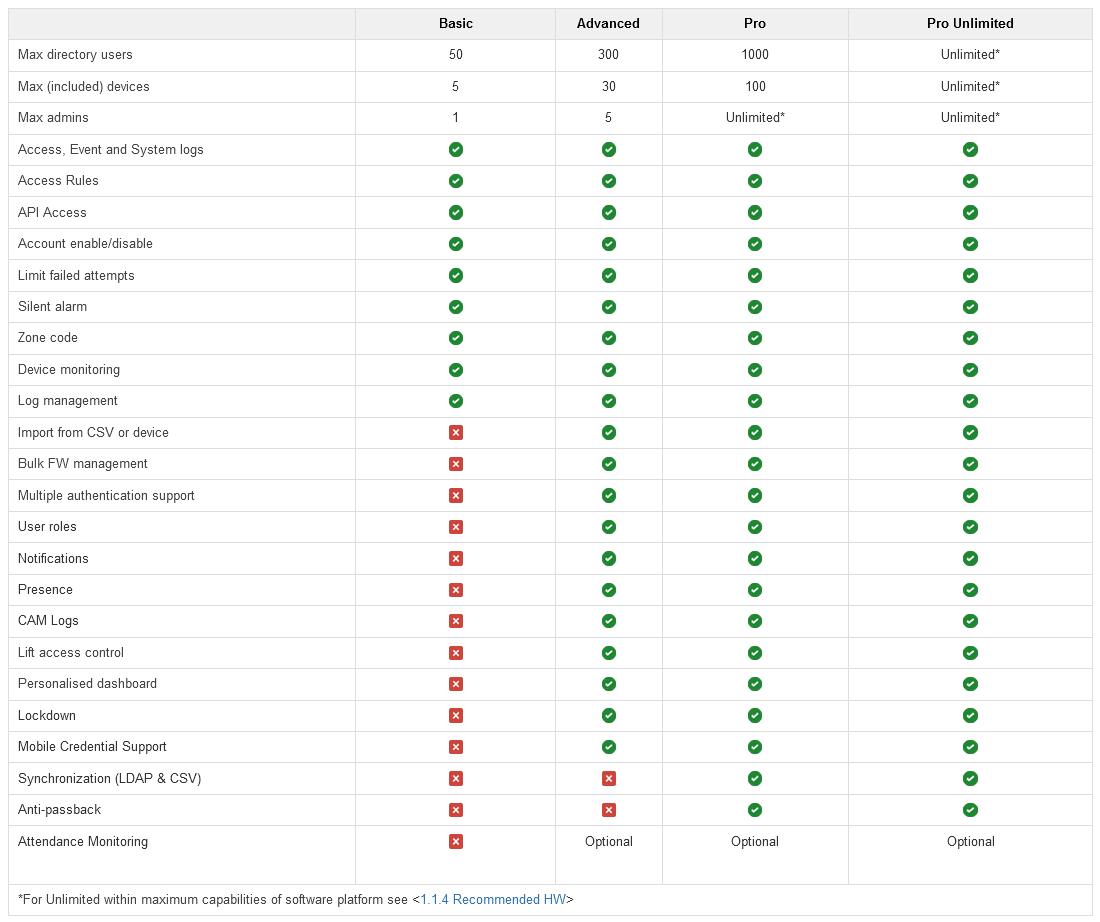 Where can I find information about the license in use:

The section shows the number of available (remaining) of the total number of owned licenses for device management, users and users with extended rights.
At the same time, the date of uploading the last license is indicated here. Each additional uploaded license will replace the original one. Licenses do not add up. 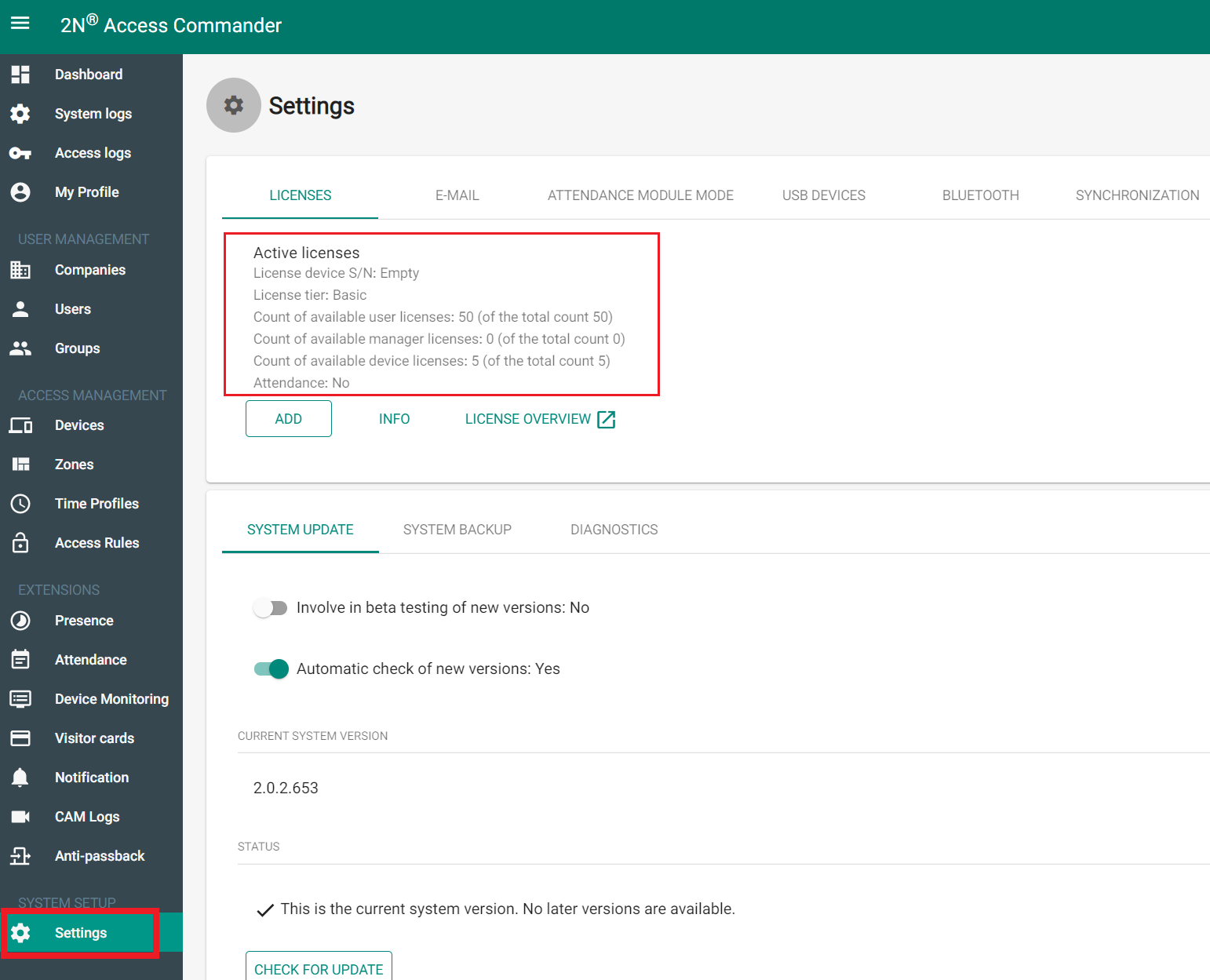 The license is generated based on the serial number of the connected device:

One of the connected devices is used to generate the license on (any type of device can be selected = 2N® IP Intercom, 2N® Access Unit).
Send the serial number to your distributor. Based on it, a license will be generated, which will be valid as long as the licensed device is connected (the device serves as a hardware key).

Upload of the license:

The LICENSE section allows you to upload a new license by loading the license file from your local disk - see the image below. 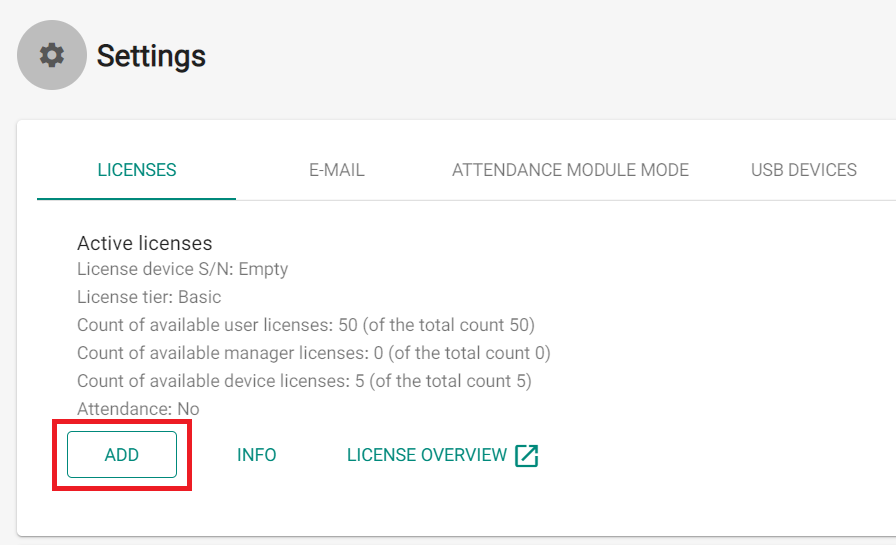 Suspension of the license: 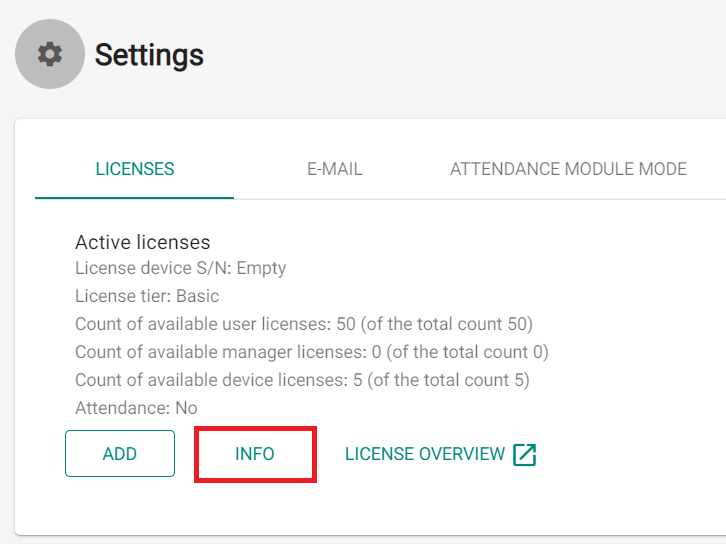 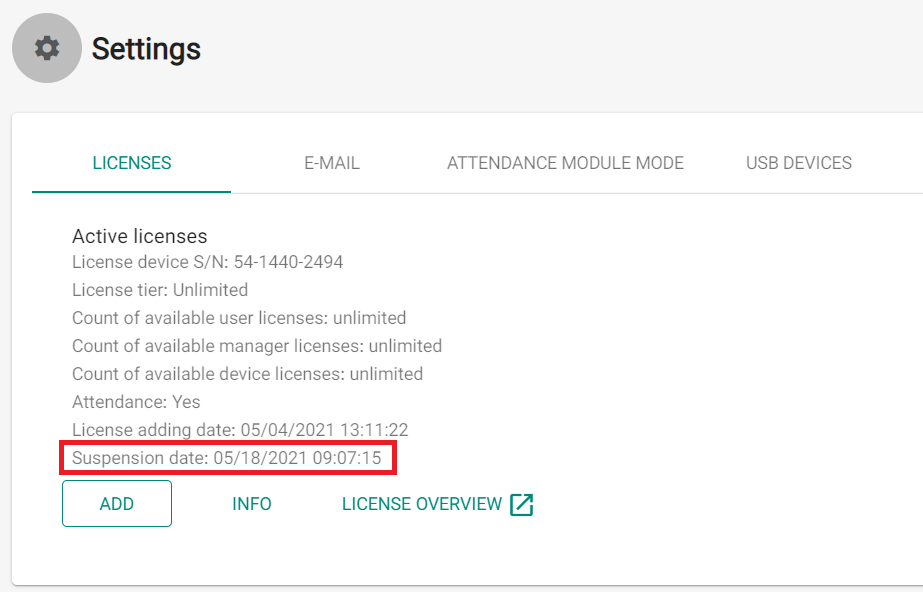 When the license is suspended, all devices switch to the inactive state.

How it is in case of a new installation of 2N® Access Commander (version 2.0 and higher)

For testing a trial license with the following parameters is active after the installation:

Then you can activate the Basic license for free (ie. 50 users and 5 devices) at any time - in the web interface > Settings > Licenses (or add another, purchased, license):

Advanced functions will be lost. The trial license cannot be reactivated.

What will happen to my licenses after updating 2N® Access Commander from version 1.17 to the version 2.0

When updating 2N® Access Commander to the version 2.0, the following warning has to be confirmed:

After the upgrade a warning will also appear in the 2N® Access Commander's web interface regarding the above mentioned automatic switching to the relevant license
according to the new model (so that, based on the table at the beginning of this article, the new license covers the existing number of users and devices and the given functions):

If a licensed device has ever been added as a licensed one in 2N® Access Commander 2.0 or higher,
or if there wasn't any uploaded license in the version 1.17, the license will be renewed automatically (without the warning above).

After clicking the RENEW LICENSE button at the top right (see image above), the following information will be displayed (can be confirmed by clicking RENEW at the bottom right): 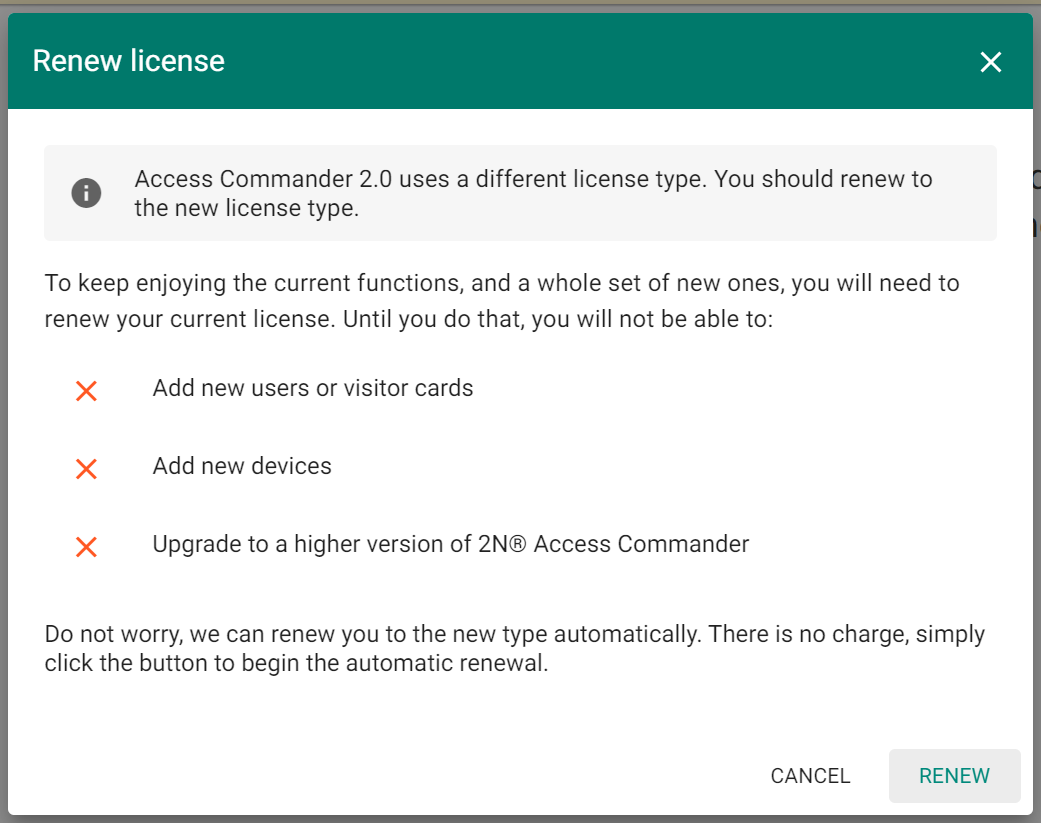 If at any time you add a device or user to 2N® Access Commander that no longer "fits" into the current license, you will be prompted to order the corresponding (higher) license.