In 2N® Helios IP Manager you just have to click on "Save" or "Save as" button and download the current database. 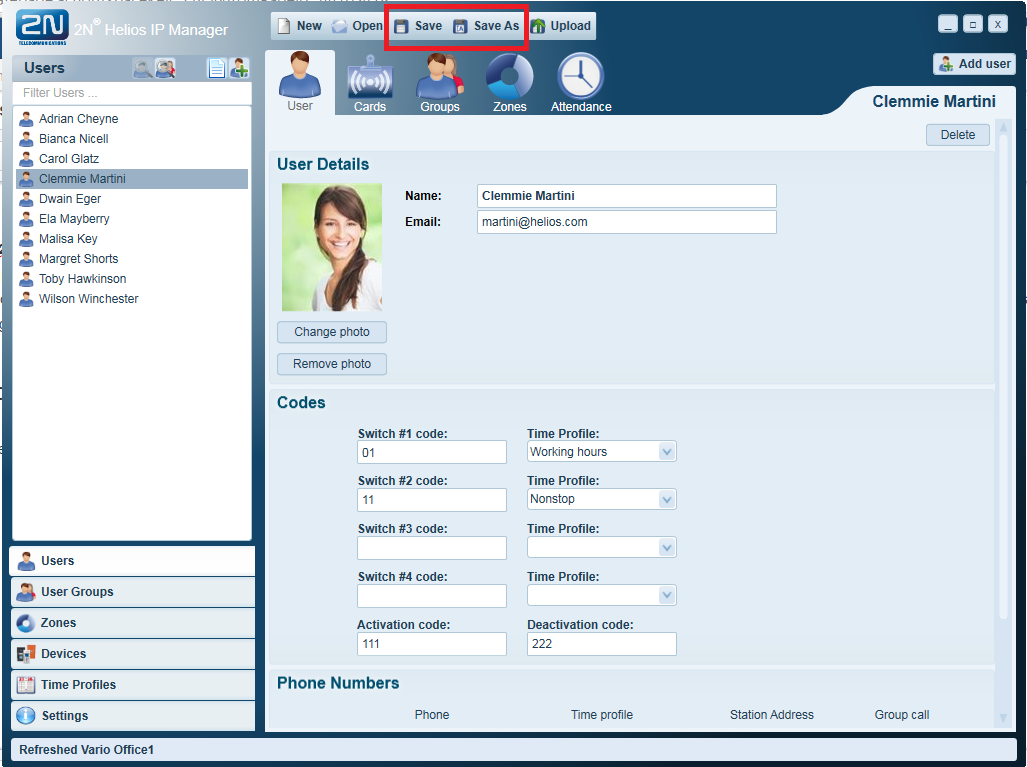 All configuration should be succesfully imported from HPROJ database to 2N® Access Commander. Anyway between both tools there are minor differences which have to be considered. These differences are described below.

During uploading of photo to 2N® Helios IP Manager the size of photo is adjusted, however this resolution does not correspond with resolution in 2N® Acces Commander. Therefore photo is not over the whole frame.